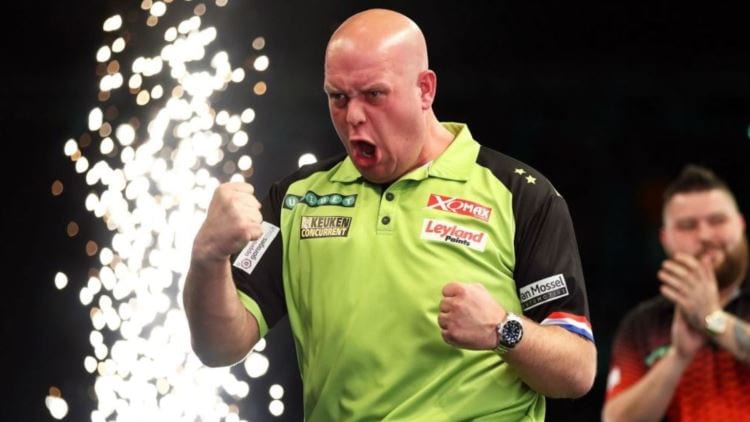 It’s that time of the year again! The PDC World Darts Championship kicks off this week and runs through to the new year.

The world’s best darts players go into battle in the knockout competition where one player will be named World Champion at Alexandra Palace.

Can Michael van Gerwen add to his collection and pull closer to Phil Taylor’s incredible record? Or, will there be a new champion crowned at the Alley Pally?

It all starts on Saturday morning and the tournament winner betting markets will be open throughout the lengthy tournament.

It’s tough to look past the Green Machine as the best bet in the World Championship.

He’s a proven winner in this tournament and in this format. The only negative about backing van Gerwen are the low odds.

However, $2.25 for the best darts player since Phil Taylor is pretty good money and he’s almost guaranteed to make a deep run in the tournament.

It hasn’t been his best calendar year, but MvG is the classiest player in the field and he’s the one they all have to beat.

Punters should get a good sight and if he makes the semifinals, his $2.20 odds will be sitting around $1.50, so take the value on offer.

We’re not necessarily tipping Gerwyn Price to win, but he’s a good cover bet if Michael van Gerwen gets knocked out early in the tournament.

Price has been a revelation this year. Everyone knew the former rugby player had ability, but he has gone to another level now.

Having broken through at the major level, Price could now add a World Championship to his ever-growing record.

Price plays on emotion and that plays on the minds of his opponents. He’s not the most likable player, but he’s great to watch and could make a deep run.

A major victory has been out of the grasps for Michael Smith, but what a way it would be to break the duck.

He’s a supremely consistent performer who makes the semifinals on a regular basis, but can’t seem to elevate his game when it matters.

He is also one of the hardest workers on the tour and we believe that could pay off with the ultimate prize.

If Smith can take a fraction more time during his play, he’ll be a more-settled player and that could work wonders.

$19 is a good-value price for punters as we can’t see him getting knocked out early.

Ian White might not be the most appealing darts player, but his form in 2019 has been good.

The Brit has pushed some of the world’s best close and although he’s an unassuming player, he holds value in the market.

We don’t see him as a $51 chance and punters should have White on their ticket.

We all love it when the referee announces “180!” and the crowd goes off. Well, now we can bet on which player will have the most.

There are power players which love hitting three treble 20’s. Michael van Gerwen is the most proficient in this category and he’s likely to go deep in the tournament.

He is paying $2.25 at BetEasy to have the most 180’s and that’s good value. We have little doubt that he’ll at least make the semifinals and the other power throwers might get knocked out earlier.

“Chizzy”, as he’s known, is a good power thrower and he represents good value.

Not only does he love hitting a 180, his form this season suggests that he’ll make a deep run in the tournament.

If you’re going to have a bet in this market, you should have Dave Chisnall on your ticket.

Rob Cross is a former winner of the World Darts Championship and he has the ability to hit 180’s.

He is a confidence thrower and when the first dart hits the spot, he’s likely to follow it up with another couple.

Given his experience in the tournament, he should be able to make a deep run and therefore giving himself more chances to hit the maximum.

Will there be a 9-dart finish?

The 9-darter is one of the most exciting things in world sport. The perfect leg is something to see and we have seen many throughout past World Championships.

However, they’re not easy to come by and that’s why bookmakers have released a betting market.

Michael van Gerwen scored a 9-darter recently on a televised game, so he’s in good form. If a player is going to do it, it’s MvG.

That being said, we don’t think we’ll see a nine-dart finish this year. Records suggest that we won’t, so we’re going with the head over the heart on this option.

About the Author: admin