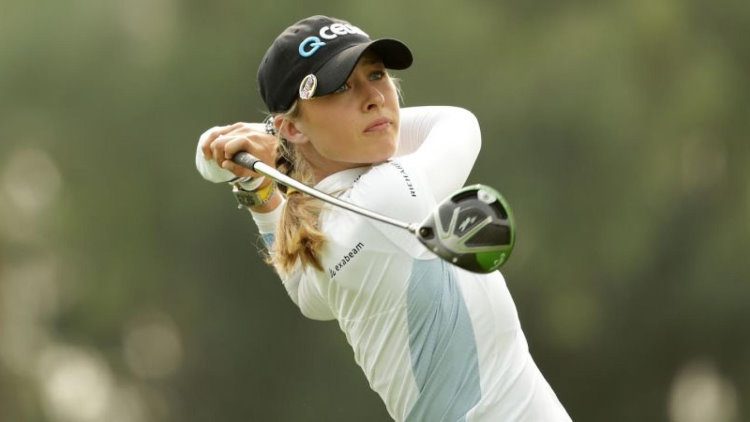 Women’s golf returns to the Olympics in Tokyo and we look at the best betting chances for next week’s competition.

Heading the field is Nelly Korda, but she’ll need to see off some talented Koreans to get the job done and bring gold back to the USA.

It’s a wide-open field and punters get lovely value from bookmakers.

There is no hotter player on the LPGA than Nelly Korda. She won the PGA Championship at The Highlands by three strokes in June and her form since has been solid.

She finished T33 at the Bay Invitational before notching a T19 finish at the Evian Championship last week. Korda was always going to struggle in the weeks following such a big win, but she will be ready to fire in Tokyo.

The American is a six-time LPGA Tour winner and we’re not surprised that she’s the $7.50 to win gold. She is playing with extreme confidence, and she’s able to come from off the pace and chase down the leaders, which is a great asset to have.

There are typically only a handful of players that play consistently well on the LPGA Tour. Nelly Korda is one of them and she demands attention for the gold medal. Her odds could firm during the week, so the $7.50 is a price worth snapping up.

The New Zealander has the experience of winning a silver medal at the 2016 Rio Games, so that performance will do her plenty of good.

Lydia Ko went through a rough patch for a few years, but the Kiwi is back to her best after recording a T6 finish at the Evian Championship in France.

She still isn’t nearly as consistent as she used to be, but it’s hard to believe she’s still only 24 and has plenty of golf left.

The former world number one has class on her side and punters are getting value odds for Ko to win. She is paying $17 to win gold, and given her experience at the Olympic Games, we can’t overlook those odds.

Punters could do a lot worse at those odds and we’re happy to take double-figure odds for a quality player like Ko.

The Thai golfer made headlines when winning the ANA Inspiration at astronomical odds and the 21-year-old although she hasn’t played since finishing fifth in the PGA Championship, it’s hot form.

Since winning the Inspiration, she has notched three top-five performances, including a third in the HSBC Women’s World Championship and Honda LPGA Thailand.

Her ability to play well on the big stage is outstanding for such a young player and we don’t know why she’s paying such a big price to win gold.

Bookmakers have Tavatanakit at $19 to win and we priced her around the $12 mark. We’re happy to take those odds before punters cotton on and drive the price lower.

Gaby Lopez is a two-time LPGA Tour winner that has produced good finishes in big tournaments.

The Mexican finished T9 at the 2020 PGA Championship, and although her best form came earlier in her career, she has enough ability to cause an upset in Tokyo.

The 27-year-old has recorded three top 10 finishes this season and she finished third at the Volunteers of America Classic earlier this year.

Anything close to that form would be good enough to see Lopez around the top of the leaderboard. Punters get value odds ay $67 and she’s worth having on your ticket.