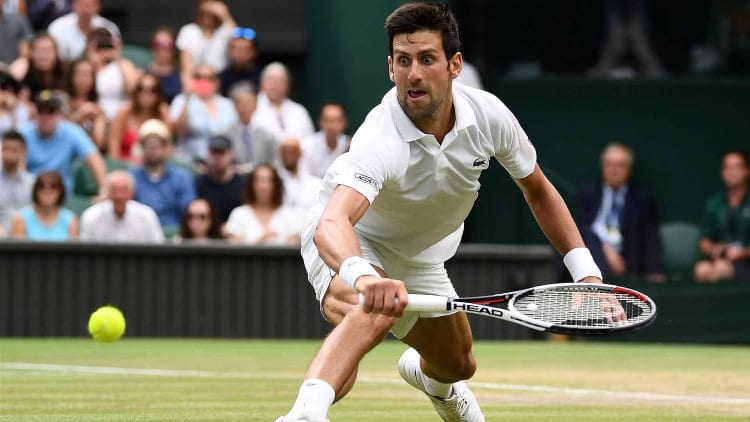 We have expert betting predictions for the 2021 Men’s Wimbledon Tennis semifinals.

Tournament favourite Novak Djokovic continues his quest for another Grand Slam title. He faces the talented Denis Shapovalov, which should be an excellent match.

The first semifinal sees Matteo Berrettini vs Hubert Hurkacz, where the winner will make their first Grand Slam final.

We look at the best value in Wimbledon tennis betting markets.

It was only a matter of time before Matteo Berrettini made a deep run in a big tournament and he gets a terrific chance to make Sunday’s final.

The Italian owns a 31-6 winning record this season and that shouldn’t be overlooked. He was strong in the finish against Felix Auger-Aliassime after taking the third and fourth set.

The third set was a close affair, but Berrettini endured the tough points and came out ahead, which typically serves him well. He is always tough to hit winners against, so Hubert Hurkacz could be in for a long night.

He scored a 3-0 win over Roger Federer, so there are big expectations placed on the Polish player. Beating the Swiss Maestro at Wimbledon hasn’t been done by many players, and although Federer was dealing with some form of injury, take nothing away from Hurkacz.

He will be riding the wave of momentum heading into the semifinals and he won the most recent meeting against Berrettini. They played at Miami in 2019 when Hurkacz won 2-0. However, neither player was fully established at the time and it was only a year prior was Berrettini won 2-0 in the Australian Open qualifiers.

Bookmakers have Berrettini at $1.38 to win, and although we expected a closer betting market, we’re going with the Italian. He has more top-level experience and he could now live up to expectations in front of a huge crowd.

Hurkacz will provide a challenge, so we’re picking a 3-1 result to Berrettini. We’re not happy with the head-to-head odds, so take 3-1 at $3.90 for a much better value line.

All the betting money has come for Novak Djokovic and it’s hardly surprising. He owns a 32-3 winning record this season and he comes off a monumental French Open win.

The Serbian now has another Wimbledon title in his grasp and he put away a quality player in Marlon Fucsovics with ease in the quarterfinals. Djokovic won 3-0 without many problems and that’s an excellent form guide for this match.

He has only one loss from his last 21 matches, which came against Rafael Nadal in Rome. It’s an incredible run and most punters believe it’s not going to end at the hands of Shapovalov.

We like the Canadian and he has a bright future, but beating Djokovic is seemingly impossible at the moment. He is 1-6 lifetime against Djokovic, with the lone win coming in 2019 at Boodles Challenge on a grass court.

Shapovalov has taken just one set from Novak in their last four meetings, so he will do well just to make this a competitive game on Friday.

Bookmakers have Djokovic at $1.05, which are odds you would expect in the first round, not against a guy who defeated Karen Khachanov in the quarters. However, that win could come at a cost. It was a grueling five-set victory and he doesn’t get much time to recover.

For that reason, we’re going with Novak to win, but we’re looking for value. He is $1.72 to win 3-0, but Shapovalov is good enough to steal a set. He is paying $2 to win a set, which is where we have found the best value.

It’s never easy to beat any player 3-0 in a semifinal, especially one as talented as the Canadian. We think Djokovic wins, but take the value with Shapovalov to win a set.