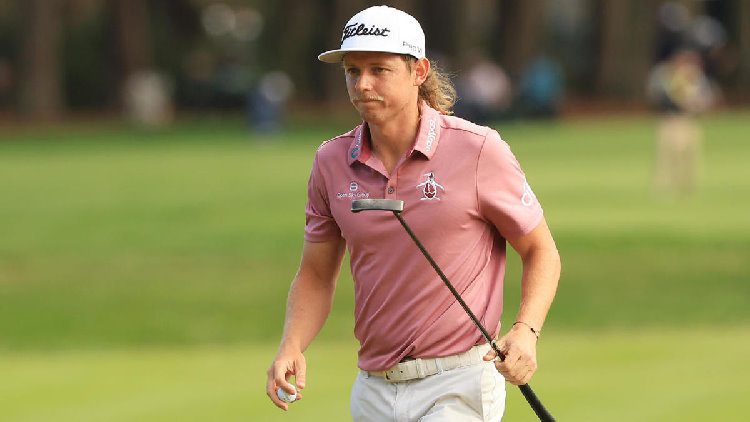 We have expert betting tips for the 2022 PGA Championship, which is played at Southern Hills this week.

The biggest names in the sport are teeing it up for golf’s second major, including Masters champion Scottie Scheffler and Tiger Woods.

There is excellent value with bookmakers, so we look at the best picks for the 2022 PGA Championship.

There is no reason why the Australian can’t win the PGA Championship. He might have missed the cut at the RBC Heritage, but that followed a tough stretch and he was tired.

Smith won The Players in dramatic fashion before making a strong run at The Masters, so he’s a man in form and we feel like he’s being a little disrespected in betting markets.

He’s currently on the seventh line of betting at $21 but we rated him at $15, so punters are getting value and there are more ways to make money betting on Smith.

He is paying $2 to finish in the top 20 and that’s an excellent bet to include in golf multi bets. Smith is also $2.40 to be Top Australian, which could be money for jam.

Despite going up against the likes of Jason Day and Adam Scott, Smith is playing much better and he shouldn’t have much trouble leading the Aussies.

Some punters overlooked Scheffler’s chances of winning the Masters because he was playing too well in the lead-up and winning another tournament seemed tough.

They’re saying the same thing about Max Homa, who has already won this season and he won twice in 2021, so he’s an underrated golfer.

The American is full of confidence following his win in the Wells Fargo Championship and he hasn’t played since, so winning is fresh in his mind.

We also liked that he won with a score of –8, so he can battle it out on tough courses and he had a four-stroke lead over Rory McIlroy, which is a good form guide.

Punters get $51 for Homa and we can’t turn down those odds.

Keegan Bradley is getting close to scoring an overdue win and that was evident with his T2 finish at the Wells Fargo Championship behind Max Homa.

He also recorded a top 10 finish at the Valero Texas Open and a top five finish at The Players, so there is no reason why the American won’t play well at Southern Hills.

Punters get mammoth odds for Bradley to get the job done and he should be on your ticket as a saver bet at $81.

Picking a first-round leader is never easy but we think Jordan Spieth will play well in his opening round.

Spieth comes off a strong performance at the AT&T Byron Nelson and that should give him confidence to play well at the PGA Championship.

He is currently on the second line of betting at $26 and there is value in that price, so punters could reap the rewards on Friday and get an early cash.

Despite the Big Guns not having Cameron Smith included, which is a shame, we don’t mind taking the Big Guns to beat the field.

Punters get four quality players to bet on and the $4.25 is a fair price. It’s a good saver bet to have if you have a multi ending on a field player, so it can act as some insurance.

Scheffler and Rahm are the favourites to win the PGA Championship, so it’s good to cover your bases with this betting option.

It comes as no surprise that we’re picking Cameron Smith to be Top Cameron at the PGA Championship.

Smith needs to beat the likes of Cameron Young, Cameron Champ, Cameron Tringale and Cameron Davis, so he has the class edge over all of them.

Bookmakers are offering $2.40 and punters can make a killing betting on the Aussie.