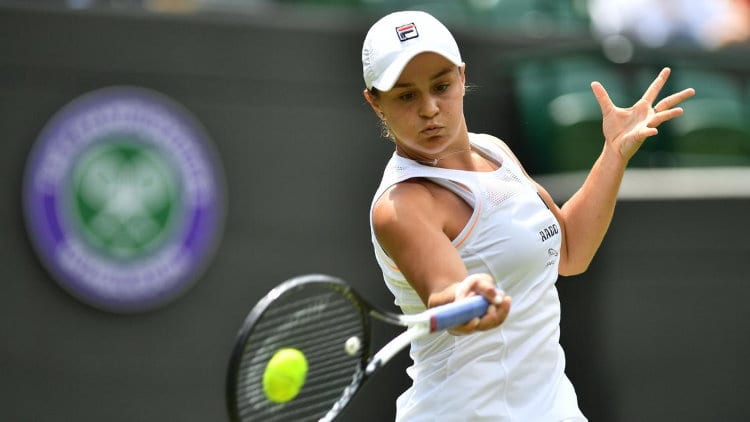 We have expert betting predictions for the 2021 Women’s US Open tennis, which starts on Tuesday.

It’s always a wide-open betting market in the women’s division and the 2021 US Open is no different.

Australia’s Ash Barty headlines the field, and Naomi Osaka is the only other player quoted at single-figure odds.

We look at the best bets for punters for the women’s US Open.

We haven’t been more confident in Ash Barty for a long time. She is in stellar form after winning Wimbledon and the Cincinnati Masters last week.

The Australian 25-year-old didn’t win gold in Tokyo, but we loved the way she rebounded at Cincinnati. She didn’t drop a set throughout the entire tournament, including wins over Angelique Kerber and Victoria Azarenka.

Punters are getting excellent value with bookmakers for the best player in the world. $4.50 for Barty is a steal, and although winning the US Open isn’t easy, she is clearly playing better than anyone else now.

Naomi Osaka is on the second line of betting at $6.50, and she is having troubles. Her form on and off the court is average, so punters should take the value with Barty before the odds firm.

Simon Halep had to pull out of the Cincinnati Masters with a small tear in her adductor, but she is well-rested for the US Open and could make a deep run.

The Romanian 29-year-old has steadily slipped down the rankings in recent times, but she is a two-time Grand Slam champion that can’t be overlooked.

Halep won the 2018 French Open and 2019 Wimbledon. Her best finish at the US Open came in 2015 when making the semifinals, but with the field not being as strong as it used to be, she could take advantage.

Punters get $23 for Halep to win, and we can’t pass up those odds. She is a former world number one who could make a triumphant return to the top.

The progression for Danielle Collins has been incredible sine Covid struck. She was playing low-ranking events last year and has steadily climbed the rankings since.

Collins is a 27-year-old American who won the Silicon Valley Classic earlier this month, which should give her confidence at the US Open.

She gets a relatively easy first round opponent in Carla Suarez, so she won’t have many troubles getting to the second round, and the 26th-ranked player could cause an upset when she faces the other seeded players.

She is one of the hardest workers on tour, and although winning a Grand Slam isn’t easy, she could be an upset chance at juicy odds.

US Open Women’s Tennis One to Watch – Camila Giorgi

Camila Giorgi is often criticised for putting more effort into her Instagram page than on the tennis court. However, the Italian hasn’t been playing too badly this season.

She caused a huge upset when winning the Canadian Open, and although she didn’t follow it up with much in Cincinnati, it shows she can win on her day.

Her best result at the US Open is a fourth-round appearance in 2013. She hasn’t made it past the second since, but her recent win should give her confidence.

Our only problem is that she faces Simona Halep in the first round, so it should be an interesting game and she provides punters with a good saver bet.