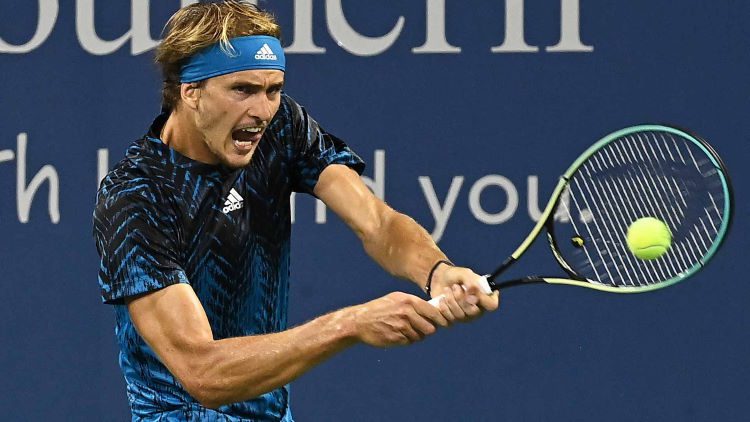 We have expert betting predictions for the 2021 Men’s US Open tennis, which starts on Monday.

The world’s best tennis players are back in action at Flushing Meadows with the exception of Rafael Nadal and Roger Federer. It’s strange not having two of the all-time greats in the tournament, but Novak Djokovic is still the star attraction.

He dominates the market, but Daniil Medvedev and Alexander Zverev are in good form.

We look at the best bets for punters for the US Open.

It would be easy to take Novak Djokovic to win his 21st Grand Slam title, but we don’t see much value in the $1.67 price. Djokovic was average in Tokyo and we’re taking a player who is full of confidence.

Alex Zverev won the Cincinnati Masters last week when beating Andrey Rublev in the final. The straight sets win showed his class, and he backed up his gold medal win at the 2020 Tokyo Olympics.

He has yet to win a Grand Slam, so he’s 20 behind Novak, but it’s only a matter of time before he gets the job done. The German made the US Open final in 2020 when losing to Dominic Thiem, who is also missing from the action.

We think there is going to be an upset this year and Zverev is the man to follow. He’s mentally tough and has learned from his past. He’s having his best season to date, and he has the ground strokes capable of hitting winners against Djokovic.

Punters get $7 for Zverev to win the US Open, and we can’t turn down those odds.

Russian superstar Daniil Medvedev is in the same boat as Alex Zverev. He has yet to win a Grand Slam, but it’s only a matter of time.

He’s our best value pick at $5, and despite paying less than Zverev, punters are still getting value odds for the second-best player in the ATP rankings.

The 25-year-old has made two Grand Slam finals and he has been playing well enough to be considered. He’s not always the easiest player to follow, but he believes the rising stars of the tour are out to beat Djokovic.

“I’m sure Novak wants 45 Slams, play ’til 55. But we’re here to try to keep up his level and to beat him,” Medvedev told Yahoo Sports. “We’re here to not let him win the US Open But we all know that Novak, he’s a very strong player, one of the best in the history. That’s why any tournament he’s in, he’s a big contender, a big favorite.”

He is a great chance to make the semifinals and punters shouldn’t leave Medvedev off the ticket.

There was clear anger in the eyes of Andrey Rublev when he was beaten in the Cincinnati Masters final to Alex Zverev. He was devastated with the result and we think that spurs him on over the next two weeks.

The Russian is a talented player and a future Grand Slam champion. His best surface should be at Flushing Meadows, and we wouldn’t be ruling him out at ridiculously long odds.

Bookmakers have Rublev at $41, despite ranking seventh and bringing excellent form into the tournament.

Matteo Berrettini is at shorter odds and he’s not playing on the same level as Rublev.

US Open Men’s Tennis One to Watch – Ilya Ivashka

Ilya Ivashka comes off a terrific Winston-Salem tournament, and despite it being on a 250 tournament, he’s a player worth watching.

He could pay excellent value odds in the opening rounds, and although the $501 tournament winner price is accurate, he could cause an upset in Round One.

He plays American Teddys Sandgren in the opening round, and we’re liking the upset result.