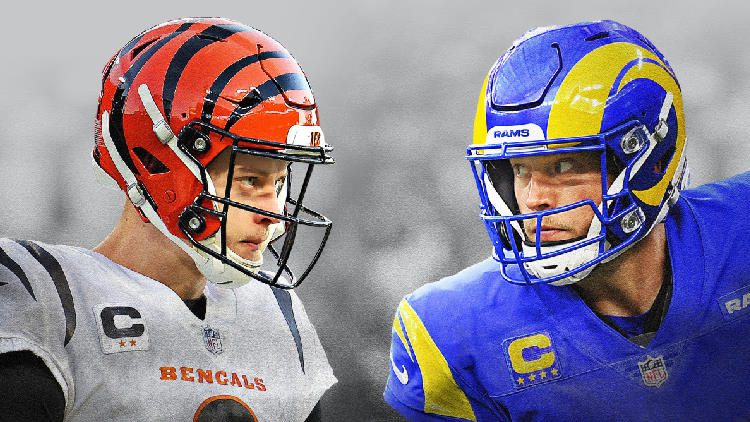 We have expert props betting predictions for the Super Bowl between the Los Angeles Rams and Cincinnati Bengals.

There is a plethora of props betting markets available for Super Bowl LVI, including MVP Winner, First Reception and many more.

It’s always fun to have some prop bets on the biggest game of the year, so check out our best picks.

It’s natural for bookmakers to have the quarterbacks at the top of the market. Matthew Stafford is the $2.20 favourite over Joe Burrow, but we don’t like the price for Stafford.

We respect him as a top-level quarterback, but if the Los Angeles Rams are going to win, we think Cooper Kupp or defensive superstar Aaron Donald will have a more meaningful impact.

However, we’re going with Joe Burrow to get the award. He is the most important player on the field for either team, so if the Cincinnati Bengals get the win, he’ll be at the top of list.

Burrow has been producing some insane moves to escape the pass rush to set up a touchdown. If he brings some of that magic, not only will the Bengals be tough to beat, but he’ll win Super Bowl MVP honours.

Punters get $3.25 for Burrow to win, which is a generous line for the popular quarterback.

Donald is a good saver bet at $17. The Super Bowl MVP doesn’t typically go to a defensive player, but if Donald can get to Burrow on multiple occasions, he could have a big game.

He’s on the fourth line of betting for a reason and we believe the Rams’ best chance of winning comes with their defence.

We love this betting option as it’s settled quickly. It’s a good way to make quick cash when betting on the Super Bowl.

Joe Burrow has multiple passing options, including the highly talented Ja’Marr Chase and Tee Higgins, but we think he links up with Tyler Boyd on the first play of the series.

Chase will be double-teamed at the top of the route, which should leave Higgins open for a quick 10-yard reception. The Bengals will want to establish their wide receiver dominance early, so look for Burrow to link up on the outside.

Boyd is on the third line of betting at $5.20, and just behind him is Joe Mixon, who is paying $5.90. Mixon is the Bengals running back, but he could catch the first pass off a play-action move. We wouldn’t leave him out of selections.

The standout player for the Rams is Cooper Kupp and we’re not backing against him.

He is a quality wide receiver and he can also play in the middle of the field, so Stafford has plenty of routes for his star receiver.

It comes as no surprise to see Kupp at $2.59 in betting markets. The next best is Tyler Higbee and Odell Beckham Jr. Higbee is a solid second option, but we don’t think Stafford will target Beckham Jr until later in the game.

Sportsbet is offering some excellent BYO specials for the Super Bowl, including Joe Burrow passing for 250+ yards and throwing 2+ passing touchdowns.

We think Burrow will easily surpass 250+ passing yards and it should be a high-scoring game, so scoring two passing touchdowns shouldn’t be difficult either.

Punters get $2.10 for this option and it’s our most confident BYO bet for Super Bowl LVI.

There is also an option for Burrow and Stafford to have one passing touchdown each half. We think it will be a tight contest, but both quarterbacks should air out the ball.

The $3.75 is too generous to pass up, so include it in your Super Bowl selections.

We are surprised by the odds for there to be a missed field goal in the Super Bowl.

Yes is currently $2.04, and we think that’s an excellent Super Bowl prop bet. We can see either the Rams or Bengals going for a 54-yard field goal and missing, so it’s worth the risk.

Rams kicker Matt Gay has missed only one field goal this season (28 from 29), but Bengals kicker Evan McPherson has missed five.

With the pressure of winning a Super Bowl, expect one kick to miss.