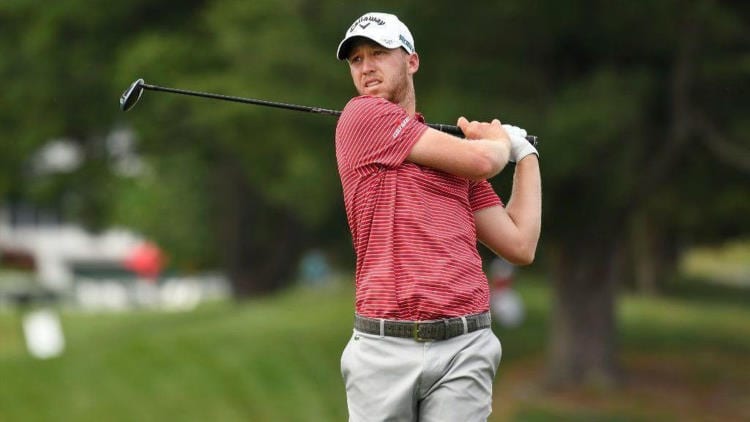 We have expert betting tips for the 2021 Sony Open in Hawaii, where some of the world’s best golfers do battle in the sun.

2021 got off to a hot start for Harris English in the Tournament of Champions, and he could go back-to-back this week.

Webb Simpson and Collin Morikawa head the betting, and we have our best PGA Tour picks available.

Daniel Berger comes off an impressive finish at the Tournament of Champions where he finished tenth. The American finished with a score of –19, and a repeat of that performance could see him winning this week.

The three-time PGA Tour winner is coming into his own, and we expect the 27-year-old to win at least once this season.

He finds form early in the season, as shown when he won the Charles Schwab Challenge in 2020, the first tournament after the three-month hiatus.

Punters get value odds with Daniel Berger, and he should give you a good sight from the outset.

It was heartbreak for Joaquin Niemann at the Tournament of Champions when losing in a playoff to Harris English.

The Chilean professional is seeking his first PGA Tour win, and he came so close. However, the narrow defeat holds him in good stead for the tournament in Hawaii this week.

It showed he can handle the windy conditions, and confidence is key with the former number one ranked amateur.

His best days are clearly ahead of him, and he has the mental toughness to become a multiple-time winner on the PGA Tour, but first, he needs the monkey off his back.

It could come this week and punters get value odds for the young star.

There is a lack of confidence with Hideki Matusuyama at the moment, but we’re sticking with the talented Japanese player.

He finished at only –4 in the Tournament of Champions, which he would have been bitterly disappointed with. Matsuyama is a much better golfer than he has been showing, but punters should look at his 2020 record.

He ran second in the Houston Open before scored a top-15 result in The Masters. He is a five-time champion on the PGA Tour and he’s only 28 years old.

There is still plenty left in the tank for Matsuyama, so the $21 is well worth taking at the Sony Open.

Eric Van Rooyen tees off at 6:10 am on Friday, and being first to hit the course could see him score low on the opening day.

The South African has shown consistent results throughout his career, including a top-15 finish at the World Tour Championship, and a top-20 at the Houston Open.

A champion on the European Tour in 2019, Van Rooyen is capable of winning on the PGA Tour. He finished eighth at the PGA Championship in 2019, so a similar effort sees him go close this week.

Getting $67 for a player of his quality is excellent shopping, and we wouldn’t overlook his chances.

If you’re going to take a Leader After Round 1 bet, you might as well take a golfer at value odds.

Russell Henley tees off early in the morning with Erik Van Rooyen, and conditions should be easiest in the morning. There should be little wind, and there are no footprints to navigate in front of them.

Henley hasn’t been in career-best form recently, but he often gets off to positive starts. The American showed his ability when finishing fourth at the Zozo Championship in October, where he was only a few shots off Patrick Cantlay, Justin Thomas, and Jon Rahm.

If the 31-year-old can find his best swing, he could lead the field after 18 holes, and punters will be very happy.