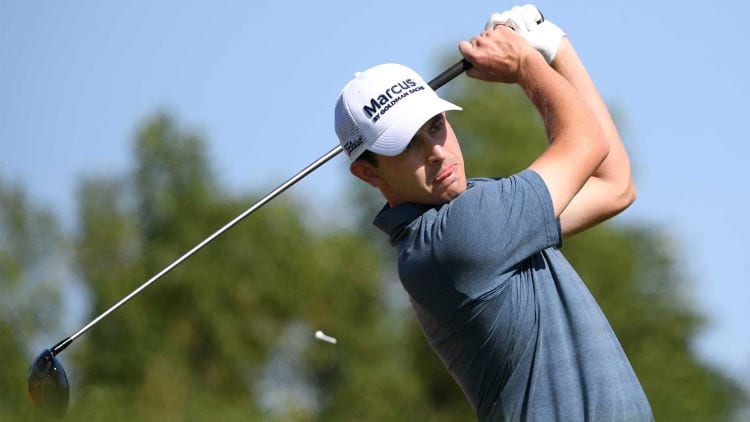 We have expert betting tips for the 2021 AT&T Pebble Beach Pro-Am, which is always a highlight on the PGA Tour.

Dustin Johnson unfortunately pulled out during the week, but his omission opens this tournament up to the entire field. There are some quality players teeing it up, including Patrick Cantlay and Jason Day.

We look at the best golfers to have a bet for the AT&T Pebble Beach Pro-Am, which tees off on Thursday.

He finished second in The American Express, so he’s a player in form and that could translate to a victory for punters this week.

The 28-year-old typically plays well in California, and although he’s not the most exciting golfer, he is consistent and always gives punters a good run for their money.

The 2020 Zozo Championship winner hasn’t finished outside the Top 20 since finishing 38th in The CJ Cup in October, so he’s in a fine run of form.

Punters could do a lot worse than backing Cantlay at $8.50, and those odds could firm throughout the weekend.

It has been a busy schedule for Will Zalatoris, but he’s in form and he could cause a minor upset at the AT&T Pebble Beach Pro-Am this week.

The American finished seventh at the Farmers Insurance Open in January, before recording a top 20 result at the Phoenix Open last week.

Many believe Will Zalatoris is on the verge of becoming a household name in golf, and now that he’s a top 50 player in the world, his confidence is growing.

Despite having only one professional win to his name, we’re expecting Zalatoris to make another weekend run at the AT&T Pebble Beach Pro-Am.

The Californian native has been around the mark throughout his PGA Tour career, but despite not owning a win in a solo event, he is close.

He won the 2014 Shootout with Jason Day, but Tringale has yet to win by himself. Despite a lack of wins, he is capable on any given day.

Tringale finished 17th last week at the Phoenix Open and he also record a top 20 result at the Farmers Insurance Open the week prior.

His best recent result came at the RSM Classic in November, where he was only one shot of the winner. The 33-year-old was close to winning, and punters get value odds this time around.

$34 for a player who is due a win is good shopping.

Steward Cink is past his best, but the Open Championship winner represents value at triple-figure odds.

The American only just made the cut last week at the Phoenix Open, but he recorded a top 20 finish at the Sony Open in Hawaii to start the year. It was a good performance, and he could turn back the clock.

It was only last October when Cink finished fourth at the Bermuda Championship behind Brian Gay, and although it didn’t feature the world’s best players, neither does this tournament.

If you’re looking for a player that represents value, Stewart Cink is your man.

Cameron Davis had made his followers plenty of money in this market, and he could lead home the Australians again.

Davis comes off a solid performance at the Farmers Insurance Open, and his best performance this season came at The American Express.

The Australian finished third, and although Jason Day is the favourite to win, he hasn’t been in career-best form of late.

Davis represents value and punters should stick with the up-and-coming player.