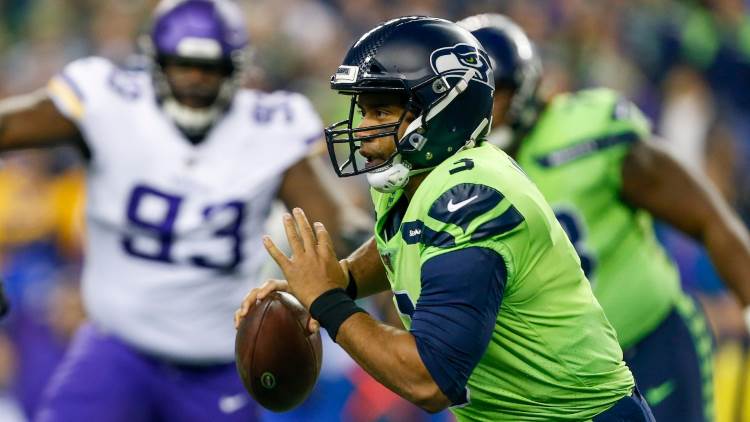 We have expert betting predictions for Week 14 of the 2020/2021 NFL season, which starts with the Patriots vs. Rams. Punters get plenty of great NFL games to bet on this week, including Chiefs vs. Dolphins, Colts vs. Raiders, Steelers vs. Bills and Ravens vs. Browns.

The Patriots have roared back into playoff contention at 6-6 and we don’t think they should be underdogs for this game.

They smashed the Chargers 45-0 last week and seeing that offensive explosion should give punters confidence against the Rams.

It should be a close game but value is with the visitors.

Houston and Chicago are struggling to find form at the moment and it’s becoming desperate.

The Texans aren’t playing too poorly, but they are unable to string wins together. They looked good winning on Thanksgiving but relatively average last week.

Chicago started the season well but their offense has hit a wall. For that reason, we are going with the Texans to score a rare win.

Dallas had their chances against Baltimore on Wednesday but they failed to capitalise. That could come back to haunt their slight chances of making the playoffs.

Cincinnati’s season ended with the injury to quarterback Joe Burrow, so they don’t have much to play for.

Andy Dalton faces his own club and he will be looking to get the better of them.

Kansas City has been the testing material this season and they will be tough to hold out on Monday.

We’re not discrediting the good work Miami has done this season, but it’s a rookie quarterback against the highest paid player in the game.

The Chiefs are unbeaten away from home (6-0) and we expect that record to remain intact.

The Cardinals have been a team to fade over the last few weeks and they are struggling to find their best form.

They had a great chance to make the playoffs earlier this season, but their future isn’t certain with a 6-6 record.

Conversely, the Giants are in a good position to progress despite their record of 5-7. They only need to better the record of Washington and a win over the Cardinals will see them go one step closer.

The Buccs have looked both good and bad this season and we’re not sure they should be the hot favourites.

Bookmakers have the home side as the $1.34 favourites and that is short for a 7-5 team. Minnesota hasn’t been fantastic, but these are the situations they love.

We’re not prepared to take them head-to-head, but there is value in the spread market.

The Broncos and Panthers are 4-8 on the season and there isn’t much to get excited about for either franchise.

Carolina has been slightly more impressive but with a 2-4 record at home, they can be tough to follow at the best of times.

If Teddy Bridgewater can remain healthy, the Panthers are a team that is capable of closing out the season on a high.

Tennessee gave the Browns a massive head start last week and they paid the price. They got within six points in the end, but they were left with too much to do.

That shouldn’t be the case against a hapless Jaguars team this week and the Titans should roll through them with ease.

Bookmakers are being generous with the points spread line.

The Colts are going along nicely at 8-4 and although they haven’t looked amazing, they are doing what they need to.

Las Vegas relied on a New York Jets choke last week and it made them look good. However, it was a worrying game for the Raiders and we can’t back them in.

Bookies are yet to release their odds but we suggest taking the Colts.

The Jets are seemingly trying to lose every game they play and backing them with confidence is a mistake.

They have played well enough to win games, but they find a way to lose. That isn’t a recipe that punters enjoy, so go with the Seahawks despite their recent struggles.

Seattle lost their first game at home to the Giants last week, but the Jets don’t pose as much of a threat.

Green Bay continues to roll this season and they will give an enigmatic Lions team plenty to think about.

Detroit has been good at times in 2020 but they lack any consistency. That doesn’t entice punters and we’re going with the better team and the better quarterback.

They should have no problem covering the spread if Rodgers and Jones are on the same page.

The Eagles are in a sticky situation and it’s their own fault for being there. After leading their division at 3-6-1, they have dropped their last two games to fall out of the lead.

Looking to add to their pain are the Saints, who have overcome their quarterback issues to post a 10-2 record.

It doesn’t matter if Drew Brees plays this week, the Saints should roll past the disappointing Eagles.

Both teams are struggling with confidence but we’re not sure how the Chargers bounce back from their thrashing last week.

They were beaten 45-0 against a New England team that had been struggling offensively. They now face another team that can score points, which won’t bode well.

Trusting either team is almost impossible, so take this game with a grain of salt.

Washington is backing up after causing an upset over the Pittsburgh Steelers last week and they are capable of beating the 49ers.

San Franciso were handled by the Bills last week but there were good signs throughout the game. Their running game was solid and the defense picked up late.

There won’t be much between these teams but the 49ers could score the narrow win.

The unbeaten run of 11-0 came to an end for the Steelers last week and they will be looking to bounce back.

That won’t be easy against a 9-3 Bills team that looked electric on offense against the 49ers. They scored an easy win and Josh Allen got whatever he wanted.

This will be a real test for the Bills, but they look good enough to come out ahead with the win.

The Ravens got back to their best against the Dallas Cowboys and they will be looking to get some momentum going forward.

Cleveland was impressive against the Titans but they gave up plenty of points in the second half. That was concerning but they had the game won by then.

Nothing much will separate these teams, but go with the Browns at home.