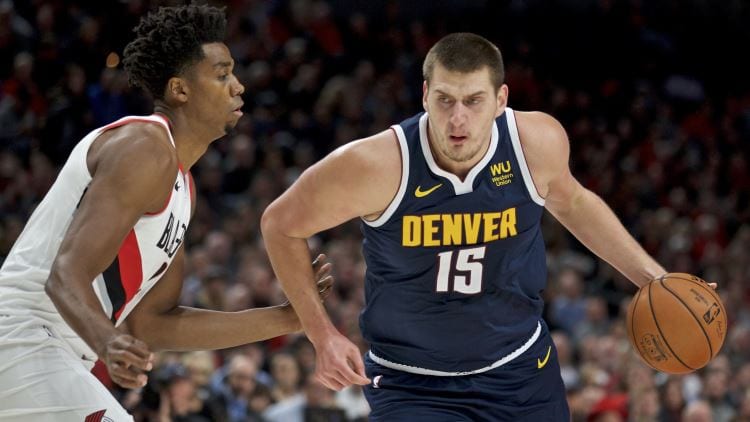 Our feature games include Pacers vs Nets, Hornets vs Heat and Mavericks vs Nuggets, so kick off the weekend with some NBA action.

The Nets haven’t got their season off to the start many had predicted. They are 2-3 after losses to Milwaukee, Charlotte and Miami.

They will need to improve to beat the Pacers, despite Indiana struggling in the early stages of its season. It has one win from five games, which came against the Miami Heat.

The Pacers lost their last two games against the Bucks and Raptors, so they weren’t playing easy opponents. However, injuries to Caris LeVert and Malcolm Brogdon don’t help their chances.

Brooklyn has the problem of Kyrie Irving not playing, and it has missed him. The Nets don’t have a drive and dish player who can get Kevin Durant and James Harden open shots. It’s isolation at the moment, which isn’t a recipe for success.

Playing at home is a big advantage for the Nets, and they should have too many weapons for the visitors. They will be favourites to win, so take them to kick off the NBA Saturday multi.

The Hornets have got their season off to a fine start. They are 4-1 and 3-0 on the road, despite having Terry Rozier on the bench.

Miles Bridges has been terrific, scoring 26.2 points per game. They defeated Orlando in a tight tussle on Thursday, and despite LaMelo Ball playing poorly, they got the job done.

Charlotte has now beaten the likes of Brooklyn and Cleveland, which ranks highly. It hasn’t been an easy schedule, and facing the Heat in Miami is another tough one.

Miami is 3-1 and 2-0 at home after beating Brooklyn. It looked as though the Nets had the game in control, but the team shooting for Miami came alive in the second half.

Without any injury concerns, we’re leaning towards the Heat. They should be heading for another deep playoff run, and scoring an early-season win against Charlotte would make a statement.

Punters should get value odds for Miami, who are no strangers to being favourites at home.

Dallas could be without Kristaps Porzingis for this game, which would make it tough for the Mavericks to beat Denver.

The Nuggets stared with wins against Phoenix and San Antonio before losing to Cleveland and Utah. The loss to Cleveland was a shock, and we expected them to lose to the Jazz on the road.

The Mavericks come off consecutive victories over Toronto and Houston, but the level of opposition hasn’t been there. However, when you have Luka Doncic on your team, anything is possible.

Porzingis’s injury is a big concern, as Doncic will have to do most of the work himself. He gets tired when he has to carry the offensive load, which will give Denver an excellent chance to launch a second-half attack.

We expect a close game in the early stages, but Nikola Jokic should find his rhythm in the second half and the Nuggets will pull away.