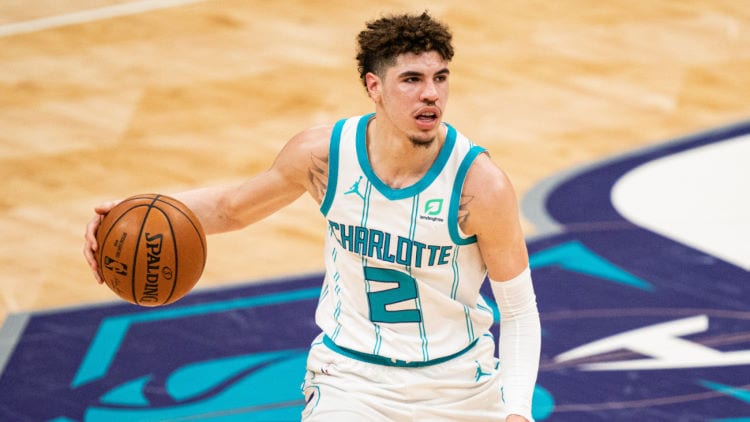 There are three quality games on the NBA Tuesday card, including the highly anticipated Bucks vs Hornets, Pacers vs Celtics and Nets vs Trail Blazers.

The Charlotte Hornets come off back-to-back wins over Detroit and Milwaukee, which is an excellent form guide.

They scored a 114-106 victory over the Bucks last week, so there is no reason why they couldn’t double down on that effort.

Miles Bridges and LaMelo Ball have been playing excellent basketball and they’re a playoff team on their day.

Beating the Bucks in consecutive games isn’t easy because they’ll make adjustments. The Bucks scored only 12 points in the second quarter on that occasion, so if the Hornets play good defence, they should go well.

The Bucks have a few injury problems with George Hill, Pat Connaughton and Jrue Holoday on the sidelines. That could tip the scales in favour of the Hornets, who are evenly priced with bookmakers.

The Boston Celtics got back to their best form when beating the New York Knicks 99-75 last week.

It was a much-needed victory for the 19-21 team, which hasn’t been able to show any consistency over the course of the season.

A positive for the Celtics is their 12-8 home record. They always play well at TD Garden and the Indiana Pacers have a disastrous record away from home.

The Pacers are struggling to find their best form at 15-25. They ended a lengthy losing streak with a win over the Utah Jazz, but with only three wins and 15 losses away from home, it doesn’t read well.

The win over the Jazz came against a team playing without its stars, so the performance could look better than it was.

It’s the first meeting between the Celtics and Pacers this season, and we’re giving the edge to the Celtics. They will be favoured in betting markets and they should find a way to take out this contest on Tuesday.

Brooklyn has been playing its best basketball over the last couple of weeks, but the Nets are still 25-13.

They scored an overtime win over the San Antonio Spurs on Monday when Cameron Thomas made the game-winner with only seconds remaining.

Despite giving up a big lead to the Spurs, they dug deep to get the job done and continue to lead the Atlantic division over the likes of Philadelphia and Toronto.

They have won only two of their last six games, but they’ll be well-favoured to beat the struggling Portland Trail Blazers.

They have lost four of their last five games, with the only win coming against the Atlanta Hawks. They followed it up with losses to Miami and Cleveland, so it’s not pretty.

Having Damian Lillard out of the team puts the nail in the proverbial coffin, so take the Nets to extend their impressive record.

How to read the horse racing form guide