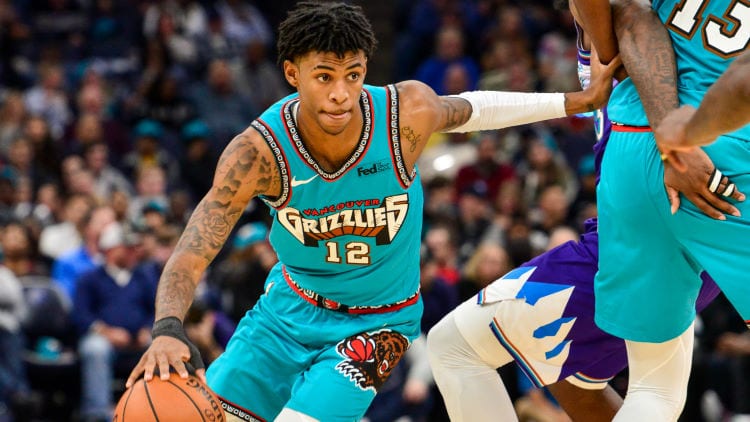 There are five games on the Thursday card, including the highly anticipated Clippers vs Celtics, Hawks vs Bulls and Lakers vs Grizzlies.

Nothing is going right for the Clippers and Celtics, but we think the Celtics are better positioned to make a winning run.

They come off tough losses to Milwaukee and Minnesota, but returning home should help. They had a great chance to beat the Bucks, but a fourth quarter collapse put an end to that.

Their last few games at TD Garden have been solid and they welcome the Los Angeles Clippers, who have lost four of their last five.

The Clippers were no match for the Brooklyn Nets on Tuesday and playing without Paul George could end their playoff chances this early in the season.

The first meeting went to the Clippers, but we expect the Celtics to bounce back and secure an easy victory at home.

The Chicago Bulls got the better of Atlanta on Tuesday and punters should expect them to add another win to their record.

They scored a 130-118 victory and it highlight the depth of the Bulls. They got help from a variety of players, including DeMar DeRozan and Zach LaVine.

Chicago is playing good basketball with four consecutive wins and at 21-10, it’s one of the better teams in the Eastern Conference.

Atlanta has been hit hard by injuries and Covid, but it’s no real excuse for how poorly they’re playing. The Hawks have lost four of their last five games, including losses to the struggling Orlando Magic and New York Knicks.

It has been an attitude problem for the Hawks, who are 15-18 and in serious danger of falling further behind.

We don’t fancy their chances of beating the Bulls, who have emerged as one of the better and consistent teams in the NBA.

Not many people predicted the Los Angeles Lakers struggling this much, but we can’t see it getting any better anytime soon.

The Lakers are 16-18 following five consecutive losses and losing Anthony Davis to a serious injury could all but seal their fate.

LeBron James is doing all he can to get the Lakers across the line, but he doesn’t have much shooting talent with him on court. Russell Westbrook isn’t a knock-down shooter, which is why the Lakers are struggling.

Memphis has rebounded from a tough stretch with wins over Sacramento and Phoenix. Beating the Suns 114-113 was a nice effort and it could give them the confidence needed to go on a lengthy winning run.

Ja Morant is playing superb basketball and he’s getting help from Desmond Bane, who leads the team with 17.2 points per game.

The Grizzlies have a home record of 11-8, so we think they’ll be tough to beat on Thursday. The defeated the Lakers 108-95 when they last met at FedEx Forum, so a repeat could be on the cards.