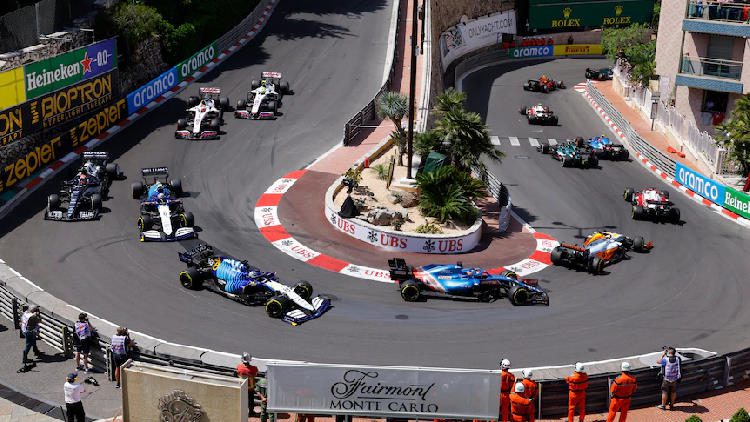 The historic Monaco Grand Prix is back in all its glory in 2022 and it should be another fascinating weekend in the Monégasque sunshine. Following an entertaining weekend of racing in Spain last time out, the Formula 1 calendar continues in Europe and drama is always guaranteed on the Monaco street circuit. There will be plenty of diehard fans in attendance at one of the most iconic sporting venues in the world and it promises to be an unforgettable battle once again. Charles Leclerc and Max Verstappen have dominated proceedings this season, with 2 and 4 race wins respectively and it already looks to be a two horse race at the top of the leader board this term, a battle that will dominate the narrative heading into the Monaco Grand Prix on Sunday.

In race seven of the 2022 Formula One season, all of the biggest names on the grid will be battling for supremacy here in Monaco:

Having seen his Championship lead fall apart in Spain last time out, Charles Leclerc will want a response immediately here. Having grown up in Monaco all his life, few drivers have the level of local knowledge that Leclerc enjoys, and he has produced some magical drives at this track previously. The only question mark that hovers over Leclerc is how his Ferrari car holds up, but should it stand the test ahead, Charles Leclerc is sure to be in contention here.

Three races on the spin in the bank have put Max Verstappen in control of the Drivers’ Championship and the defending champion is starting to create a bit of an aura about him. He was off the pace in Spain, benefitting from Leclerc and Ferrari’s engine malfunctions but he cashed in when others faltered around him, and the Dutchman looks to be full of confidence on arrival here in Monaco.

Ferrari did struggle somewhat in Spain, something that would have rankled with home favourite Carlos Sainz and he will be looking to bounce back impressively here. Monaco isn’t perhaps the perfect circuit for Sainz, especially with his Ferrari teammate Charles Leclerc in such imperious form but he always battles, and should it get congested up ahead, he could well cash in and pick up a first win of the season.

Race 7 here at the iconic Monaco street circuit presents an opportunity for every driver to keep putting points on the board, in what is a long season ahead:

Picking up a podium finish last time out should do George Russell the world of good, with the Brit looking to get to grips with the Mercedes car in recent weeks. He clearly doesn’t have the pace of the Red Bull or Ferrari cars, but pace isn’t everything at Monaco and he is an astute driver at this level. The top 6 has been something he has been regularly achieving this season and he will be looking to add to his tally here.

Mexican Sergio Perez is an integral part of the Red Bull operation and his support to Max Verstappen continues to prove invaluable. He looked to have plenty of speed at the Spanish Grand Prix last time out, even suggesting that he could have outshone his team mate Max Verstappen, had he been given the chance by the Red Bull head honchos. Monaco should suit his driving style and Sergio Perez should be in the mix here.

Seven time world champion Lewis Hamilton hasn’t been able to hit the heights of previous seasons in a Mercedes car that has really struggled this season. However, his performance in Spain last week, recovering from the back of the grid to finish 5th will be a real confidence boost for the Brit, with plenty of the season still to go. Writing off Lewis Hamilton is never recommended, and he should be in the mix here at Monaco 2022.