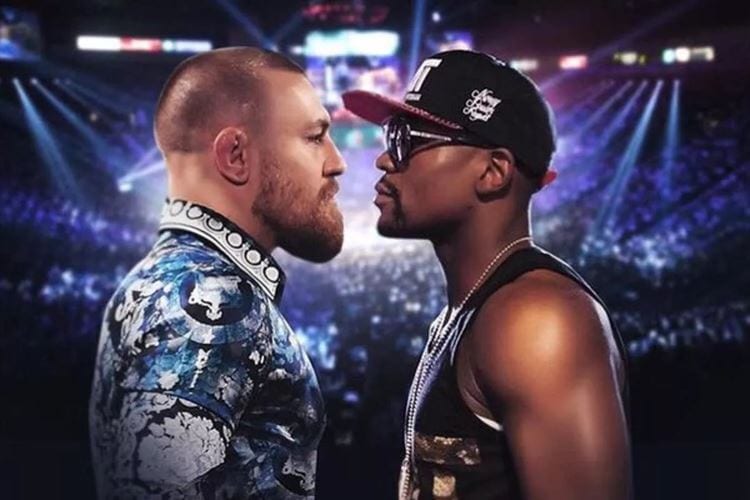 Mayweather vs McGregor is unlike anything we have ever seen and it’s hard to imagine there being a bigger fight taking place in our lifetime.

It’s the biggest fight of all time and the first billion dollar fight.

In this article we’ll breakdown the pros and cons for each fighter, the latest odds and betting promotions with the major bookmakers, and we’ll give our tip on the outcome.

Sportsbet are running a promotion where you can request any market for “The Money Fight” and they will pick the best and put up a market for it.

While some of the suggestions are a little far fetched, some of them are more realistic and there is some value to be found.

Why Mayweather can win

Floyd Mayweather is the best defensive boxer we’ve ever seen and his 49-0 record clearly speaks for itself.

Mayweather is the ultimate boxing tactician and he likes to take his time to process the movements of his opponent to fully understand their movement patterns.

With 21 years of pro boxing experience under his belt, his ability to quickly download his opponents movement patters and avoid being hit is what has made him the best.

He will figure out McGregor at some stage but it will likely take longer than normal because the Irishman is not your conventional boxer, in fact, there is nothing conventional in the way Conor McGregor moves.

The longer the fight goes, the more likely Mayweather is to win, but he must avoid McGregors early strikes.

Why McGregor can win

McGregor is a once in a lifetime martial artist and no one can doubt his self-belief!

But his self-belief isn’t unjustified! He backs it up every time (with the exception of the first Nate Diaz fight).

In all honesty, it was amazing that McGregor even fought Diaz at 170lbs when he was fighting at 145lbs in his prior fights.

In their rematch, he went toe-to-toe with the much bigger Nate Diaz – who’s no slouch when it comes to boxing! McGregor tagged Diaz with some big shots but ultimately lacked the power to KO the bigger man.

Underestimate McGregor at your own risk.

His left hand has the power to KO someone Mayweather’s size, and his unconventional movements are something that Mayweather has never dealt with in his 49 victories against traditional boxers.

McGregor has a big chance to win in the early rounds of the fight.

Our Mayweather vs McGregor Prediction

Mayweather has the boxing experience, but he has never been in a fight with someone like McGregor.

We think McGregor’s power and style will overwhelm Mayweather in the early rounds, so our official betting tip is Conor McGregor to win in rounds 1-4 @ $8.

How to read the horse racing form guide