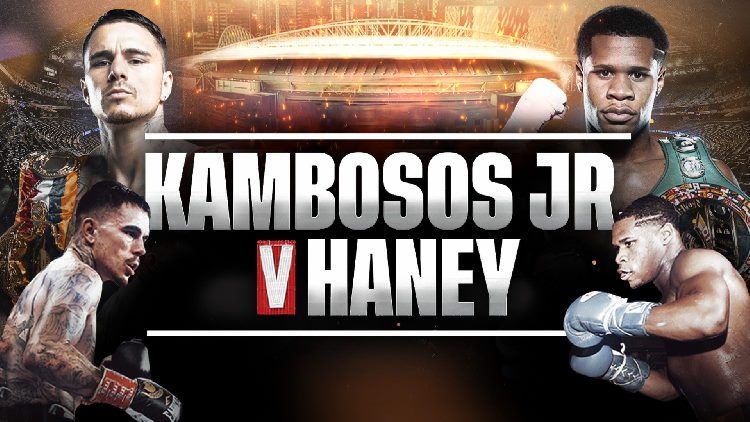 Haney has been well-supported in betting markets, but he’s fighting on enemy territory at Marvel Stadium and Kambosos Jr is a man on a mission.

We look at where punters can find the best boxing value in a fight that could be an early contender for Fight of the Year.

George Kambosos Jr is the pride of Australia and he’s going to be awfully tough to beat on his home soil.

He was the only man to beat Teofimo Lopez, and despite some critics saying Lopez was injured and he got lucky, we don’t agree. Kambosos Jr came out swinging and he’s technically sound, which he showed when beating Lee Selby by split decision.

There is nothing fluky about the success of the 28-year-old and he’s starting to attract attention in betting markets. The Sydney native is 20-0 with 10 knockouts, and although the Americans always get the hype, punters shouldn’t overlook his chances.

However, Devin Haney is a dynamic fighter and he has already achieved so much. The WBC lightweight title holder is only 23 years old and he’s already 27-0, so there aren’t many fights the San Francisco native doesn’t take.

He has been billed as the more athletic fighter, but that’s not too uncommon for American fighters. They are conditioned in the gym and sometimes it can be overkill, whereas Kambosos Jr is a pure fighter who doesn’t look as imposing.

Haney comes off a win over Joseph Diaz. He couldn’t finish the experienced fighter but it was still an impressive outing. The fight was a five-star bout, so it ranked highly and there’s little doubt about the credentials of Haney.

However, we’re picking Kambosos Jr to win and unify all three titles. He’s an excellent boxer and he has great heart, so he could frustrate Haney and once doubt sets in, it’ll be tough to come back from.

The same happened with Lopez when Kambosos was clearly ahead, so we’re picturing a similar fight plan. Put on the pressure, win rounds and Haney will stop the believe.

Punters get $2.35 for a Kambosos Jr win and we’re happy with that price. His odds have shortened since markets opened and we wouldn’t be surprised if he paid around $2.20 on fight night.

We see the fight going the distance and punters get better odds for picking Kambosos Jr by decision.

The sportsbook is offering $3.70 for the Aussie to win by decision and that’s where our money is going. He is good at accumulating points and we expect them to go hammer and tong at the start, but fight more defensively in the latter rounds.

We would love to see Haney get knocked down and punters get value odds. Haney is paying $2.25 to hit the canvas and Kambosos is powerful enough to shake him.