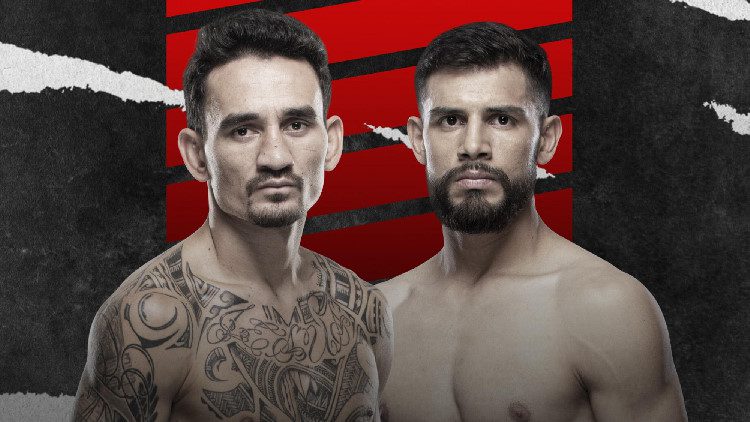 It’s been two years since we last saw Rodriguez in the Octagon after he failed to make himself available to USADA drug-testers on enough occasions that he was hit by a suspension.  Prior to that he had gone three-fights unbeaten in the promotion and has only lost once in his 10 trips to the Octagon so far.

Meanwhile, Holloway lost his title to Alexander Volkanovski back in 2019, but only narrowly lost by split decision in their rematch (with some believing he’d done enough to win), and has since put on a masterclass of striking in a dominant five-round decision win over Calvin Kattar this past January.

Both men are 29-years-old, but Holloway has considerably more fights under his belt at this stage and has been fighting the best competition available for years.  That being said, Rodriguez hasn’t had an easy run of opponents during his UFC run either and victories over the likes of ‘The Korean Zombie’, Dan Hooker and Jeremy Stephens have helped legitimize him as a top-5 talent in the 145lb division.

Both men are very high-level striking technicians, so it should be a treat to watch how this one unfolds.  Holloway fights at a high tempo, but also has an equally high fight IQ, with his boxing base being the foundation for fast, pinpoint accurate combinations that frequently target the body as well as the head, while his slick footwork enables him to manage distance very effectively and create angles for his attacks.

Rodriguez is also a pleasure to watch though with a style that’s a bit more creative and flashy than Holloway, but is not all just for show, as evidenced by his last second upward-elbow KO of Chan Sung Jung or flying head kick knockout of Andre Fili.

The Korean Zombie bout also showed that Rodriguez can maintain a good pace throughout an action-packed 25-minutes of fighting, but after such a long layoff I do still wonder how he’ll cope in the later rounds, especially since Holloway competes at an even higher clip.

Meanwhile, at this highest of levels I do also still favor Holloway technically as his fundamentals are very crisp and he reads his opponents well, which enables him to land the right shots at the right time.

So, I’m expecting to see some thrilling striking action here, but I’ll take Holloway to get the better of it, particularly in the later rounds, to earn a decision win.

At 40-years-old Rothwell continues to battle on in the UFC with some success, having won three of his last four fights, while the 36-year-old de Lima has bounced between wins and losses for almost the entirety of his 7-year run in the UFC.

Rothwell is certainly not the most exciting heavyweight to watch and can be rather plodding in his approach at times, but he is a rugged, well-rounded and hard-to-finish fighter who has solid fundamentals and respectable power on the feet to go along with his solid chin, while he can also wrestle and has good submission ability too, particularly with strong chokes.

De Lima is a good muay thai striker with KO power in his hands and heavy kicks too, but he’s been found to be vulnerable on the mat over the years, having been tapped out five times in his 12 UFC outings to date.

De Lima has also fluctuated between 205lbs and heavyweight over the course of his career and seems better suited to the former as he’s certainly softer and less dynamic when he tips the scale close to the heavyweight limit, while he’ll also give up 3″ in height and 3.5″ in reach to Rothwell.

Overall I like Rothwell here.  He’s durable enough to withstand some of de Lima’s offense on the feet, but I think the key here will be getting his opponent to the mat, where I expect he’ll be able to lock in a submission finish.

Prediction: Ben Rothwell to win by submission in Rd2.

Former featherweight title challenger Spencer only holds one win from four UFC outings so far, while Letson secured a split-decision win in her promotional debut back in 2018, but hasn’t fought since.

Letson’s three-year absence wasn’t by choice, instead being forced to remain on the sidelines due to a thyroid issue among other health ailments, so her return is a long-time coming.

Letson is primarily a striker who will stay active, utilizing kicks along with her punches and will have a 3″ reach advantage here in addition to 1″ in height over Spencer.

Letson has a few finishes by strikes over the course of her career, but it’s a tall order to do that against Spencer, given that the experienced former title contender has already went the distance against two of the deadliest strikers in the sport in Amanda Nunes and Cris Cyborg.

Meanwhile, Spencer has a karate-based style on the feet which will enable her to be competitive in the striking battle, but perhaps more importantly she’s the better grappler of the two and will be a threat by both submission and ground-and-pound on the mat, as well as being effective in the clinch too.

Factoring all that in alongside Letson’s long time out and health issues it just feels like this is a tough comeback fight for her and I think Spencer will take her down and eventually emerge with a submission victory.

Prediction: Felicia Spencer to win by submission in Rd2.

Both of these fighters hold 3-1 records in the UFC so far, with Baeza’s loss coming last time out in a competitive unanimous decision loss to Santiago Ponzinibbio, while Williams last Octagon outing was a decision win against Matthew Semelsberger.

This has all the makings of an exciting striking battle as both fighters love to throw down in and they have demonstrated fight-ending power at times so far in their UFC runs.

Baeza has the higher volume of strikes here and is the better kicker too, but he is the type of fighter that’s a bit too willing to take damage in order to dish it out, which is always a risky strategy, though so far his chin has held up.

Williams is 2″ shorter than Baeza, but actually has a 3″ reach advantage.  He’s not quite as reckless as Baeza defensively, but neither is he as technical with his offensive output.

Of the two Baeza also has the better ground game, so overall I am leaning towards him to get the decision win here, though if he throws caution to the wind too often Williams could punish him.

Yadong is 1-1 in his 2021 campaign so far, but has a 6-1-1 UFC record overall, while Arce’s only fight in the last couple of years came in July where he defeated Andre Ewell to go 4-2 in the promotion.

Yadong is still only 23-year-old but he’s already developed into a well-rounded fighter.  His boxing in particular shines through as he’s crisp technically, has fast hands and carries power too, while his time at Team Alpha Male ensures he’s no slouch on the mat either.

Arce is nine years his senior and can also compete wherever the fight goes.  His striking has developed over time and after dropping to 135lbs his power may be more evident than ever.  He’s got 3″ in reach over Yadong here, but his kicks could also be a significant factor too.

Despite there being more to both fighter’s games than just striking I do expect this one to largely be a stand-up affair and I feel Yadong has the edge in that regard and at his age continues to improve from fight-to-fight, so I’m taking him to win by decision in what should be a highly competitive battle.