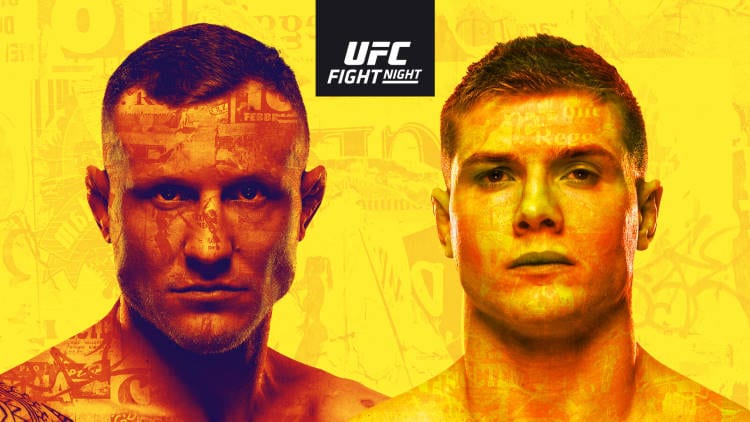 Luckily Vettori was originally well into his training camp for a fight with ‘Jacare’ Souza in just a couple of weeks time, but though this is still nicely matched fight it’s still not an ideal situation for either man to be facing a new opponent without having time to prepare specifically for them.

Vettori is a robust all-rounder who has proven to be very competitive on the feet even though he’s not wielding big knockout power, while he also has good wrestling and has a fair number of wins via submission.

Hermansson offers up a high volume of strikes on the feet and can finish fights there, though there has been a couple of times in his UFC run where he’s been the one who gets stopped.

Where Hermansson really excels though is with his grappling and between ground and pound and submissions he’s got a lot of opportunities to end his fights inside the distance.

Considering it’s a short notice match-up this is still a very solid fight, but I do think Hermansson’s ground game is operating at a higher level here and he can match well with Vettori in the stand-up department too, which will lead him to emerging victorious via submission in the third round.

Prediction: Jack Hermansson to win by submission in Rd3.

OSP is coming off a nice KO win over Alonzo Menifield back in September which served as a reminder that though it’s his submission finishes that have got him the most plaudits in recent years, he can still be dangerous on the feet too.

I’d still stick by previous thoughts I’ve had about OSP being a somewhat frustrating fighter at times who feels like he’s never fully lived up to his full potential. While he’s clearly got power on the feet, he has quite a low volume approach and lacks urgency, while his good submission game is also let down by not having the work rate to really go after takedown opportunities to get the fight to the mat in the first place.

Hill is eight years OSP’s junior and though he’s actually somewhat similar to his opponent in terms of the kind of rangey punches and kicks he utilizes, he is busier than the veteran on the feet and that could stand him in good stead. He doesn’t wield the same kind of power as Saint Preux though and also both men won’t be able to lean on their normal height and reach advantage since they are roughly similar this time out.

If the fight remains on the feet then I’d favor Hill to win by decision, but OSP should have a significant clinch and grappling advantage here if he chooses to use it. There’s no guarantee that he will though, so I’m picking him to win by submission in the second round, but not with as much confidence as I’d like.

Prediction: Ovince Saint Preux to win by submission in Rd2.

Santos found her footing the UFC with a win over Molly McCann last time out and it’ll be interesting to see how she fares against De La Rosa, who has gone 4-2 in her UFC campaign so far.

Santos has looked good on the feet so far in the UFC and showed she could finish fights on the regional circuit against lower caliber opposition. I’d expect her to have a distinct advantage in the striking department on Saturday night as it’s an area in which De La Rosa struggles and could be punished.

De La Rosa’s strong suit is clearly her wrestling and she’s very good once she gets settled on top, whether just opting to control the action or try for a submission.

It’ll be up to Santos to use her striking and movement to keep De La Rosa at bay early in the fight to keep this one standing and erode her opponent’s confidence. I certainly wouldn’t rule that out, but I think we’re going to see Santos’ takedown defense and grappling really being put to the test here and De La Rosa will have enough periods of control on the mat to eek out a decision win.

Dolidze heads into this fight with an undefeated 7-0 career record, whereas Allan’s record is more patchy. He initially lost by submission on the Contender Series, but then got a chance to fight in the UFC on short notice against Mike Rodriguez, which he actually won by decision, only to then fail a drug test and receive a year-long suspension.

Dolidze is a powerful fighter with hard-hitting punches and solid kicks, but he’s also a good grappler and a submission threat when he choose to use it, which is worth noting giving that Allan has never been stopped via strikes, but has been caught out by submissions several times in his career.

Allan might not quite have the same raw power as Dolidze, but he’s still a dangerous striker who will maraud forward applying pressure. It could be quite competitive if Dolidze gets sucked into just standing and trade with him, but while I think he could still win that way, the path of least resistance would be to just uses his ground skills he to get the job done by tapout.

Prediction: Roman Dolidze to win by submission in Rd2.

With a perfect 13-0 record, including three wins to date in the UFC, Evloev is well on his way to breaking into the featherweight rankings, but while Landwehr is only 1-1 in his Octagon run so far, he’s still a handful to deal with.

The reason for that is that Landwehr, aka ‘The Train,’ puts all kinds of offensive pressure on his opponents on the feet and has the power to finish fights, which can leave some opponents crumbling under his sustained assaults.

I’m not convinced Evloev is going to be overwhelmed by that though as he’s comfortable on the feet, has good technique, moves well and his strong wrestling and good cardio will enable him to shift the dynamics of the fight in his favor, with a mixture of striking and takedowns securing his decision victory.