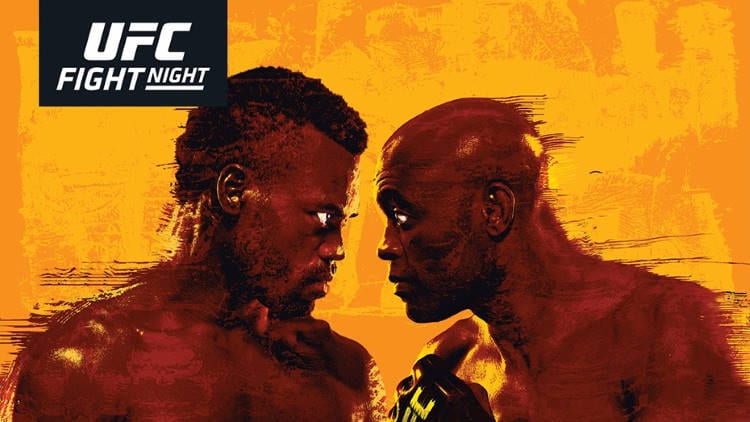 This headliner marks the legendary Silva’s final bow in the UFC, and though the last seven years have been very turbulent for him, with all the unforgettable moments of magic he’s brought to the Octagon he deserves to go out with one last moment of glory, but that may be a tall order on Saturday night.

It’s been almost 18 months since Silva last fought, losing out by TKO in the first round to Jared Cannonier due to a leg kick, and since then he’s turned 45 years old.

That’s a troubling age for anyone to still be competing at a high level, but particularly someone like Silva who relies so much on speed, timing and reactions to avoid strikes and land his own.  He still has a vast wealth of striking knowledge and experience, but his ability to take full advantage of it has diminished.

To be fair, Hall is no spring chicken himself at 36, but he’s still retained his natural athleticism to go with his own high level, explosive striking and he’s coming in with some confidence after securing back-to-back wins.  That being said, Hall has been TKO’d a few times in the last five years, which will give Silva room for optimism that he can pull off one last highlight reel stoppage.

It’ll be interesting to see how Hall approaches this one as he can falter mentally and fail to pull the trigger despite his offensive talents, and that sensitivity could be a downfall here if he pays too much respect to Silva, his legacy and the fact this is his last fight.

10 years ago I’d have picked Silva here without a doubt, but time catches up with everyone in the end and I think Hall will make use of his speed advantage and dynamic striking to bring the former long-time champion’s career to a sad ending via second round TKO stoppage.

Prediction: Uriah Hall to win by TKO in Rd2.

This is an intriguing clash of styles match-up that sees Mitchell take a significant step up in competition against Fili.

Mitchell has earned that opportunity after compiling a perfect 13-0 record to date, including four wins inside the Octagon so far,  albeit against opponents who have struggled to make their mark in the UFC so far.

In Fili he’s going up against a seven-year UFC veteran who should have a significant striking advantage here and will also benefit from having a 1″ height and 4″ reach advantage which will aid his solid kicks and punches from range.

Mitchell’s striking is not as well put together, but he makes up for that with a dominant ground game and has a good collection of submission finishes on his record, including and a rarely seen twister stoppage against Matt Sayles late last year.

Fili’s got fairly solid mat work, but really he needs to keep this one standing as much as Mitchell needs to grapple to emerge victorious, and in the end I think ‘Thug Nasty’ will be able to get takedowns here and control the action for long spells to claim a decision win.

On just a few days notice Ontiveros finds himself being propelled into a big UFC debut against Holland, who is in the midst of a three-fight winning streak.

Ontiveros has fought most of his 11-6 career in the LFA promotion, but has also had a brief stint in Bellator along with Fury Fighting Championships, where he’s recently been plying his trade and produced back-to-back first round KO wins. He was previously drafted in to the UFC as a late replacement to fight Markus Perez back in July, but he didn’t weigh-in and the fight was cancelled.

All six of Ontiveros’ losses have come due to strikes and he’s generally faltered when facing tougher opposition, which doesn’t bode particularly well against someone of Holland’s caliber.

Holland will have a 5″ reach advantage here and I can see him operating effectively from range here, while also having the advantage on the mat if required on his way to a second round TKO stoppage.

Prediction: Kevin Holland to win by TKO in Rd2.

Hardy is no longer a wet-behind-the-ears newcomer in the UFC, having now fought six times in the Octagon, but he hasn’t yet blossomed into the kind of formidable prospect that the promotion may have hoped when they first took a chance on signing the controversial former NFL star.

Instead Hardy has backed off the urge to wade in looking for a knockout finish that threatened to empty his gas tank earlier in his career and instead has utilized functional stand-up that relies primarily on working from range behind the jab. Hardy has an 80″ wingspan to aid him in that regard and makes full use of it, but in this fight Greene actually has an extra 2″ in both height and reach.

Greene’s own striking is fairly rudimentary and he will come off second best in terms of speed, but he does hold an advantage if the fight goes to the mat as he does have some finishing ability via submissions. It’s an area that Hardy is relatively untested in, but Greene’s not much of a takedown artist though and so this one may well end up playing out on the feet.

With that in mind I lean towards Hardy here as he has the athletic advantage and is defensively more sound thank to sitting behind the jab, but I don’t expect to see too much in the way of fireworks and it may just end up being settled on the scorecards.

It wasn’t so long ago that Green had picked up just one win and a draw out of his last seven fights, but he’s had a great 2020 that’s seen him go on a three-fight winning streak.

Now he takes in his fourth opponent of the year in Moises, who has alternated between wins and losses in his four-fight UFC run to date.

Moises is fairly well-rounded, with his good submission ability being his best asset, though he can hold his own on the feet too, without being particularly potent.

I think he’ll struggle to make an impact here though as Green’s wrestling defense will nullify his hopes of doing work on the mat, while on the feet Green is the sharper, quicker and more seasoned striker and I think will comfortably outland his opponent to earn a decision victory.