Relative parity was restored in the Premier League, with big guns Manchester City, Chelsea, Liverpool, and Leicester City all winning at the top of the table. Arsenal beat Manchester United at Old Trafford to add to the growing sense of discontent in Salford whilst Everton dropped off the top of the league following their defeat on the road at Newcastle. Fulham picked up their first win of the season over West Brom whilst the wait for a first win of the campaign continues for the Baggies, Burnley and Sheffield United.

Two sides in need of a win face off as Brighton host winless Burnley on Friday evening. The Seagulls are languishing in 16th place following a start to the season that has only seen them win one game out of their opening 7 fixtures. They were undone by Gareth Bale last time out at Tottenham but showed glimpses of their quality. For the Clarets meanwhile, their top-flight knowhow could come in handy here as they look to bounce back from their poor start to the campaign. Sean Dyche will be eager to see his side steer clear of the relegation picture and he will be targeting games such as this to start putting points on the board. This could be a cagey affair with the draw looking the most likely result.

Two sides in excellent form face off on the South Coast as Southampton host Newcastle United. Southampton will be looking to build on their solid start to the season and their win at Aston Villa last time out was testament to how far they had come this term. The Saints are a side that never know when they are beaten but losing Danny Ings for the next few games could prove crucial. The Toon will be looking to add to their tally of 11 points for the season, following their superb win over Everton last time out. Steve Bruce has made his side very hard to beat and they could leave with a point here.

Manchester United will be looking to climb the table quickly as they travel to Everton. The Toffees were top of the table after 5 games but defeats to Southampton and Newcastle in the last two weekends has severely checked their progress. Carlo Ancelotti will be all too aware it is still early days in the season though and he’ll be looking for his side to put in a performance here. The problems continue to mount for Manchester United, who have lost their last two games and find themselves 15th in the table. Ole Gunnar Solskjaer is a man under pressure, but the reds should leave Goodison Park with at least a point in the bag here. This could be a very good game between two expansive sides and a draw looks the most likely result.

Betting tip: The match to finish as a draw and both teams to score ($4.33)

Crystal Palace will be looking for a confidence boost as they take on high-flying Leeds at Selhurst park. The Eagles have lacked consistency this season and their defeat at Wolves last time out was particularly uninspiring. They sit 13th and they will be looking to improve upon that position as the season progresses. Leeds meanwhile are 12th in the table and look to be more than capable of competing in the Premier League. They were taught a bit of a lesson by Leicester City last time out but look to have the players to take the game to the opposition – especially away from home. Crystal Palace look way overpriced here and the Eagles should pick up a much-needed win.

Chelsea will be looking to continue their excellent recent form as they host struggling Sheffield United. The blues have kept 5 consecutive clean sheets in all competitions and look to be ticking along nicely under Frank Lampard. Only time will tell if they are capable of competing for the Premier League title, but they are sure to be in the mix for a top 4 finish this season. The problems are mounting for Sheffield United meanwhile who are winless in their opening 7 Premier League games. With just one point to their name, the Blades have been poor this term, but they will be confident they can start picking up points soon. This one looks a tall order however and Chelsea should win easily here.

A London Derby will be a chance for both West Ham and Fulham to pick up points on Saturday evening. The Hammers were very unlucky against Liverpool last time out and they will be hoping to get back to winning ways at home here. David Moyes seems to have plenty of goals in his team despite the absence of some key players for this one. Fulham should arrive in East London buoyant from their excellent win over West Bromwich Albion on Monday night and Scott Parker’s side will be looking to build on that here. This should be a good game and whilst Fulham could cause a couple of problems for West Ham, the Hammers should prevail here.

Betting tip: West Ham United to win the match and both teams to score ($2.6)

West Brom will be looking for their first win of the season as they take on Tottenham. The Baggies came up short on the road at Fulham last time out and the problems appear to be mounting. Slavan Bilic looks to have his work cut out with those who run the club, but he could galvanise his men as the season progresses. Spurs meanwhile have got plenty of fire power in their ranks this season but are lacking a little consistency. They won well over Brighton last time out and have played their best football on the road this campaign. Tottenham are full of confidence and should win comfortably here.

Two sides looking to compete for top 4 football next season face off as Leicester City host Wolves. The Foxes have won back to back games over Leeds and Arsenal on the road and look to be hitting their stride. Their home form has been very poor this season though and they will be all too aware of the challenges Wolves will pose here. Following their comfortable win over Crystal Palace on Friday, Wolves sit 6th and look to be a side capable of producing some excellent results this season. Goals continue to fly in for Nuno Esporito Santo’s side and they will be bang up for this test in the East Midlands. This could be one of the best games this weekend and a draw looks the most likely result.

The last two sides to have won the Premier League title face off on Super Sunday as Manchester City take on Liverpool. The blues got back to winning ways over Sheffield United last time out and they will be eager to build on that here. Pep Guardiola’s side have won 3 games from 3 in the Champions League and they will be looking to transfer that form into the Premier League. Liverpool meanwhile look to have overcome their little wobble in October and are now at the top of the table. They fought hard to beat West Ham at Anfield last time out and their 5-0 thumping of Atalanta was ominous for the rest of Europe. This game needs no introduction, and a draw looks the most likely result.

Arsenal will be looking to build on their good result last time out as they host Aston Villa. The Gunners won well at Manchester United last weekend to solidify their place in the hunt for European football next season and few would bet against them going the distance this season. They take on an Aston Villa side that were on the wrong end of a seven-goal thriller with Southampton last weekend and just seem to lack consistency. The Villains have a side capable of causing Arsenal problems, but the Gunners should prevail at home here.

We’re backing four results this week as a four-leg multi with a betting stake of $50: 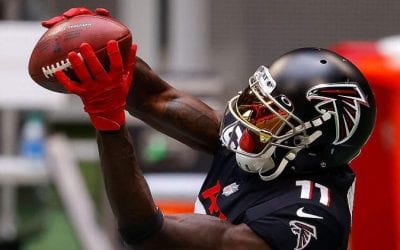 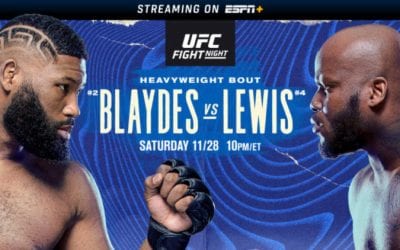