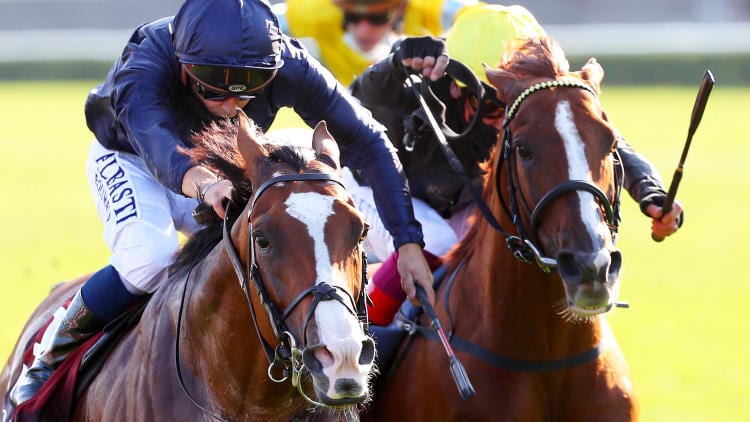 We have expert betting tips for the 2020 Caulfield Cup this Saturday, which features a field of 22 staying stars.

Behind only the Melbourne Cup, the Caulfield Cup is the biggest staying race in Australia. The field in 2020 features the best local and international runners, so it should be a great race.

We have a runner-by-runner guide for Saturday’s Caulfield Cup.

Our best bets for the Caulfield Cup 2020

Punters should have four runners on their ticket for their Caulfield Cup trifecta. We are including five quality runners, who are proven on the big stage and should be tough to beat.

First-four payouts are always generous in big races, so it pays to box up a few runners to try land the big prize.

We have included seven runners in our first-four selections, and landing the first-four in the Caulfield Cup always pays out a big dividend.

The favourite enters this race having beaten one of the world’s best stayers. His win over Stradivarius was top notch and despite drawing barrier 21, he has time to find cover.

Class is with the Aidan O’Brien-trained runner and punters are getting fair odds.

That was a nice effort last start but he is struggling to find his best form. Drawing barrier 17 doesn’t help and punters would have to take him on trust.

The 2019 Melbourne Cup winner the demands respect, but since rising in weight, he hasn’t been able to recapture the same form.

The odds reflect his chances but he could get a clever ride from Damien Oliver.

International form reads well and he won’t need to improve to win this race. Specked in the betting and that is a good sign ahead of Saturday’s race.

It has first-four claims at each-way odds.

Coming off an impressive win at Randwick where it ravished the line. That is a good sign going forward and he has shown ability at the top level.

Drawn well with only 55kg on his back, so we wouldn’t be leaving him out.

His form has seen better days and he’s not the same horse he was this time last season. We are prepared to overlook his chances in the Caulfield Cup.

She is coming off a gutsy win at Flemington and she won her only start at Caulfield, which is always a positive.

The Kiwi mare is as tough as they come, and you need to be tough to win this race. Her winning chances are excellent and punters get value odds.

Back-to-back wins before running fourth at York. It has a win over Cross Counter on its record, so it has no problem beating former Melbourne Cup winners.

Chris Waller has Finche running well this season and we liked the way he hit the line when third last start.

Finche has always promising to score a big win in Australia and he doesn’t get a better chance to impress.

Prince of Arran will have plenty of support at odds, but he doesn’t like to win all that often. His efforts in the Melbourne Cup have been fantastic, so perhaps wait a couple of weeks.

His last two starts have been solid and the Sydney-based runner has been met with good support with bookmakers.

We wouldn’t have priced him at single-figure odds, but he shouldn’t be too far away.

The Kiwi scored an upset win fresh up but he hasn’t shown much since then. The 2400m distance is ideal and although tough to follow, we wouldn’t be surprised if went well at big odds.

It has enjoyed running over these distances in the past and despite not coming on this campaign, he should be hitting the line with purpose.

The $23 is a good value and he enters first-four calculations.

Capable on its day and he gets the services of in-form jockey William Pike. He has mixed form this season but he is rarely too far away.

International runner that missed the jump last start and that is never a good sign. Drawn well and 52kg helps, but we can’t have him in selections.

Dropped out of contention last start and he was beaten a long way from home. We can’t have him on that performance.

The Australasian Oaks winner that was only narrowly beaten by Verry Elleegant in the Turnbull Stakes last start.

Plenty to like about that form and the $15 is a good price for a promising stayer.

Cruised home to score last Saturday but he is facing stronger opposition. We can’t deny his chances here but he would need a career-best showing.

Not running well this time in and that was a disappointing effort last start.

He shouldn’t be quick enough over this distance. He wants 3000m, so wait for later this season.

Capable on her day but she is unlikely to get a start.

Coming off a win but he would need scratchings to get a start.