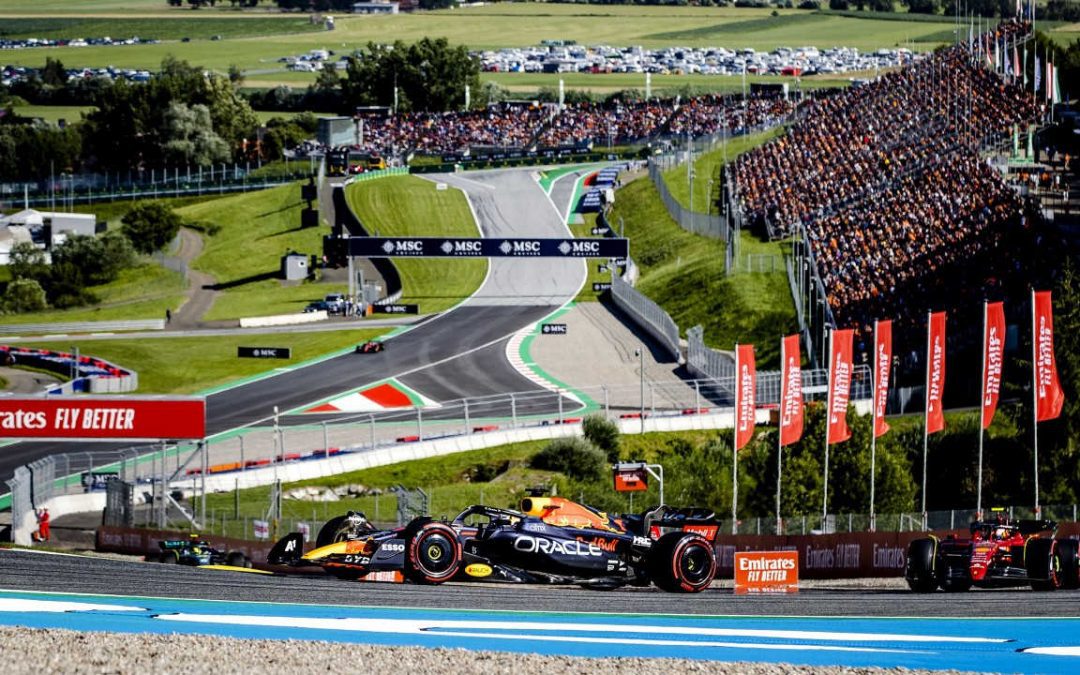 Following a dramatic British Grand Prix last weekend, the F1 circus rolls onto Austria next – for what should be a superb weekend of racing. Carlos Sainz managed to get over the line in first at Silverstone last time out and he and Ferrari will be keen to build on that performance and put the pressure on Red Bull and Max Verstappen here. That could be easier said than done however, as Red Bull’s spiritual home is in Austria and they are always hugely dominant at their home track.

In race eleven of the 2022 Formula One season, all of the biggest names on the grid will be battling for supremacy here at the Red Bull Ring:

Red Bull’s golden boy Max Verstappen has picked up 6 wins from 10 races already this term and he looks to have the Driver’s Championship in his own hands once more. He endured an uncharacteristically subdued performance at the British Grand Prix last time out, but he still holds a significant lead over the chasing pack. Austria is one of his favourite stomping grounds and he looks very tough to stop this weekend.

Ferrari and Charles Leclerc have fallen off the pace this season and they are very much playing catch up in both the Constructors and Driver’s Championship. Leclerc has been on the wrong end of some tactical decisions from his team and some unfortunate circumstances in races in recent weeks and he will believe that his luck has to change soon. He now has nothing to lose though and how he’d love to spoil the Verstappen party here at the Red Bull Ring.

Red Bull have two seriously quick cars this season and Sergio Perez is more than pulling his weight as the second driver. Getting over the line ahead of Ferrari is the priority for Red Bull in every race and whilst Verstappen tends to do it more than Perez, the Mexican is always one to watch on any grid. Conditions should suit his driving style and with his insatiable habit for getting into the mix whilst others falter, don’t be surprised to see Sergio Perez in contention this weekend.

Race 11 of the season here at the Red Bull Ring presents an opportunity for every driver to keep putting points on the board:

Carlos Sainz bounced back in impressive style last time out, picking up his first career win at the British Grand Prix for Ferrari. Prior to that however, it had been a really tough few weeks for Sainz and Ferrari who have huffed and puffed at times this season. Proving last weekend was no fluke will be the priority for the Spaniard, who should grow in confidence after last week’s impressive win.

Seven-time world champion Lewis Hamilton is another driver that has endured a tough campaign but stronger showings in recent weeks have led the Brit to state he thinks he can win a race this term. The Driver’s Championship is long gone but few drivers are as fiercely competitive as Hamilton and how he’d love to upset a few drivers on the grid this weekend in Austria.

Having been disqualified in controversial fashion last weekend, George Russell will be out to put a performance in here. Mercedes’ problems have been well documented this term, but the young Brit has been impressive in his opening campaign, and he certainly has something to build on moving into the 2023 season.