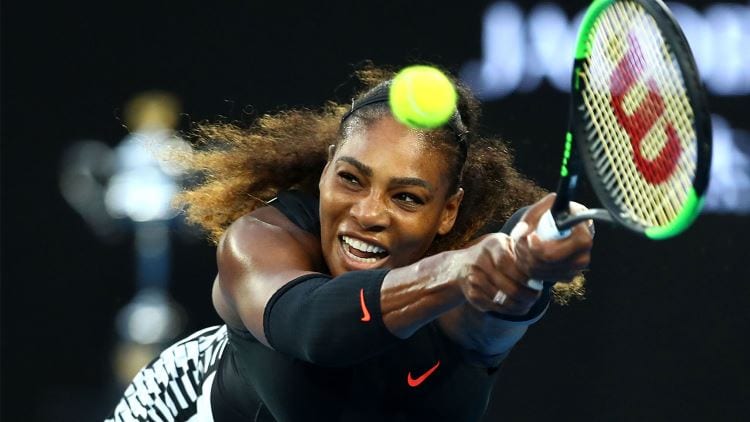 It’s the quarterfinal stages of the 2021 Australian Open Tennis on Monday and we have predictions for all four matches.

Some of the world’s best male and female players are in action, including Gregor Dimitrov, Novak Djokovic, Naomi Osaka and Serena Williams.

Which players will progress to the Australian Open semifinals? We preview all four quarterfinal matches on Monday, February 16.

Gregor Dimitrov is living up to expectations during the Australian Open after years of producing disappointing results.

The Bulgarian scored a straight sets win over Dominic Thiem, who had previously battled Nick Kyrgios over five sets on Saturday night.

Dimitrov was able to capitalise on a tired opponent, scoring a 6-4 6-4 6-0 victory. It was a comprehensive performance from a player who had threatened to make a deep run at the Grand Slam level.

Aslan Karatsev is a player exceeding expectations and his ranking of 114. The Russian scored an upset win over Felix Auger-Aliassime and he had to battle back from a 0-2 deficit.

It was a statement win for Karatsev, who dispatched of Diego Schwartzman in straight sets in the third round.

There won’t be much between these two players on Tuesday, but we’re giving the nod to Dimitrov. He has been in these situations before, whereas it’s new territory for his opponent.

Two of the tennis heavyweights do battle on Tuesday as tournament favourite Novak Djokovic takes on seventh-ranked Alex Zverev.

Djokovic has created headlines throughout the tournament, but despite saying he had torn a muscle against Taylor Fritz, he miraculously recovered to beat Milos Raonic in four sets.

It hasn’t been smooth sailing for the world number one, who has dropped four sets across four matches. Compared that to the one set dropped by Alex Zverev, and punters could make a case for the German.

Zverev dropped a set in his opening round but he hasn’t been tested since. He comes off a 3-0 win over Dusan Lajovic, but he has yet to face someone of note.

If Djokovic has an injury of any sort, that should be enough for Zverev to get the upper hand. Given the way both have played to date, we’re going with Zverev in an upset.

Su Wei Hsieh has one of the more unique styles on the ATP Tour and it has proven difficult for her opposition throughout the Australian Open.

Hsieh comes off a 2-0 victory over a much higher-ranked player, and her effortless technique frustrates opponents who aren’t used to it.

It hasn’t worried Naomi Osaka much in the past, with the American-Japanese star winning four of their past five matches.

Osaka had to dig deep to beat Garbine Muguruza in the fourth round. Muguruza had a 5-3 lead in the final set, but gave up the lead and Osaka pounced for the victory.

It showed her champion qualities and why she was the pre-tournament favourite. She wasn’t at her best, but still did enough to beat a multiple Grand Slam champion.

She has the class edge over Su Wei Hsieh and the betting markets reflect as much. We’re expecting a comfortable 2-0 victory.

It seems unfair that two of the best players meet in the quarterfinals, but that’s the case on Tuesday.

Serena Williams has looked good throughout the tournament, dropping only one set over four games. She scored a win over Aryna Sabalenka as the $2.10 underdog, and punters got an incredible price for that game.

Simona Halep scored a 2-1 victory over Grand Slam winner Iga Swiatek, which was a better win that it looked. Despite Halep primarily being a slow surface player, she battled hard to win the last two sets 6-1 6-4.

Halep and Williams have met once before at the Australian Open, which resulted in a 2-1 victory to Williams in 2019. However, Halep scored a 2-0 win later that year at Wimbledon.

Of the 12 matches played, Williams has won nine. That is a significant advantage and despite being past her best, she has enough in the tank to get the job done.